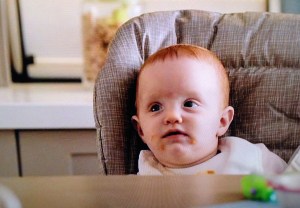 We’ve got questions, and you’ve (maybe) got answers! With another week of TV gone by, we’re lobbing queries left and right about shows including Homeland, Agents of S.H.I.E.L.D., Arrow and Scandal!

1 | Are we sure this isn’t some actual offspring of Damian Lewis’ appearing on Homeland?

2 | Why doesn’t America’s Next Top Model contestant Denzel have to wear his ugly beard weave all the time? Doesn’t he deserve to have it put back as punishment for his comments about Will? And which CW show will he get a walk-on role on?

RELATED Regina Frozen Out? Once Upon a Time EPs Urge Fans to ‘Wait and See’

3 | Once Upon a Time fan/TVLine reader Citizen of the Internet asks: “If David beat Bo Peep so easily using Anna’s training, how did Bo Peep capture Anna?” And are we just going to pretend we didn’t see Elizabeth Mitchell stick her finger in that ice cream container? Props for the cute name, but “Any Given Sundae” is violating so many health codes.

4 | Where exactly is The Good Wife’s Kalinda working these days? Didn’t Diane say that hiring the P.I. was a non-negotiable term of her joining Florrick Agos? Were you expecting Alicia to reach out and slap that rat fink James Castro when he took the name of Will Gardner in vain? And did his general awfulness amp up your enthusiasm level regarding her possible run for State’s Attorney?

5 | Didn’t The Strain’s Fet worry that the dynamite would collapse the tunnel/access to the theater? Also, how did Eichorst’s fake nose, wig, etc. survive his prolonged wrestling match with Fet?

6 | Is Rick’s decades-ago Hollander’s Woods secret tied into Castle‘s new mystery, or was knowing of it just a “password” of sorts for Not Henry Jenkins? 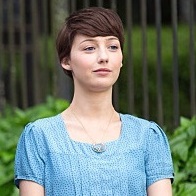 7 | Does The Originals‘ new Esther remind anyone else of The Following‘s Valorie Curry?

8 | What did the Supernatural retrospective special make you most nostalgic for? John Winchester? Monster-of-the-week episodes? A time when Sam and Dean had only died once?

9 | Instead of airing a glorified clip show for the final night of Blind Auditions, why doesn’t The Voice instead devote the two hours to showing us all the Battle Rounds-bound contestants previously relegated to the dreaded “montage treatment”? 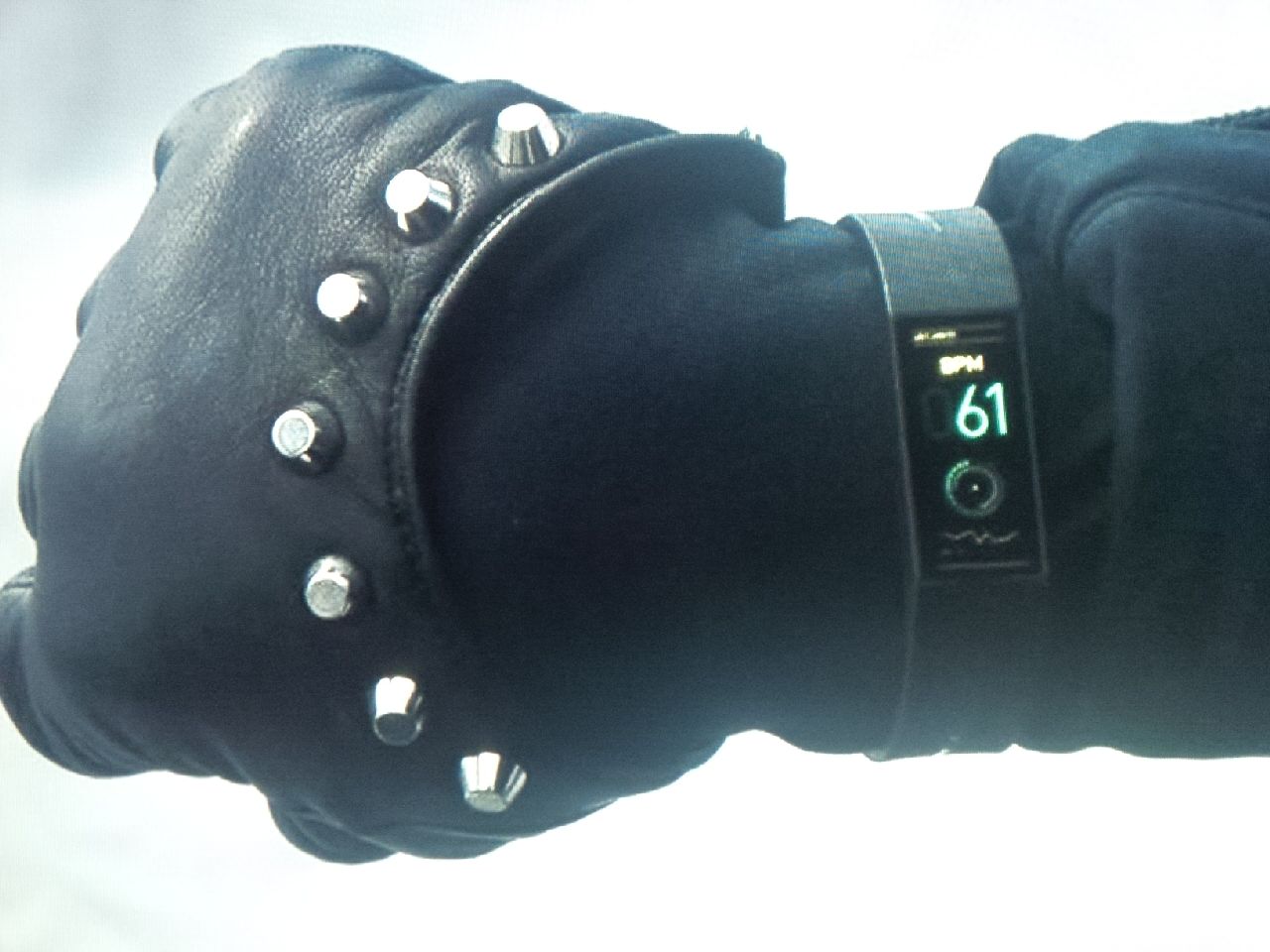 10 | What does Agents of S.H.I.E.L.D.‘s Skye have there, some fancy-paints FitBit? What if Ward’s in the middle of getting dressed (or, um, worse) when someone powers down the opaque wall? And who would have theoretically won in a “snow”-down between Donnie Gill and Once Upon a Time’s Queen Elsa?

VIDEO Agents of S.H.I.E.L.D. Sneak Peek: Coulson and May Are Dressed to Thrill

11 | Would you be fine never hearing the word “micropenis” again after this week’s New Girl? On the flip side of that…. 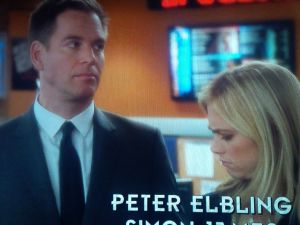 12 | In debating the “shoe size” myth, when NCIS‘ Tony declares himself a “size 12,” is Bishop here curiously checking out his feet, or…?

13 | Wasn’t there a moment during Sons of Anarchy — however fleeting — when you really thought Juice would kill Gemma, and pondered how the season would continue without her?

14 | Could Red Band Society‘s Dash have seemed any less panicked/interested by Jordi passing out?

16 | How did Nashville‘s Juliette travel from L.A. (where she was in Deacon’s dressing room) to Music City (where she stalked Avery) in the same night? On another timey-wimey note, was Avery really singing his sad song all night long? 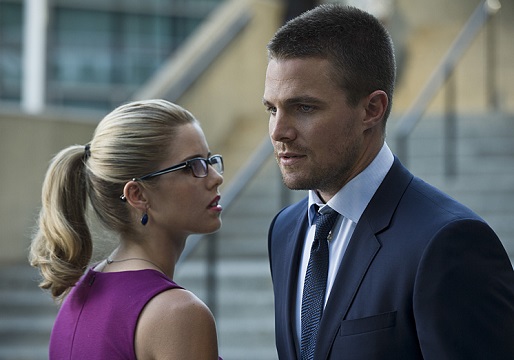 17 | Did the Arrow opener push Oliver and Felicity too much, too fast? Or does the fact that we obviously missed months of offscreen bonding– as detailed in the Season 2.5 comics – only make it seem like that? And was the new Vertigo villain basically Scarecrow?

18 | What’s up with South Park‘s sudden interest in continuity? Every episode leads into the next, and we can’t help but wonder what it’s all building toward!

19 | How refreshingly irreverent was it to see host Chris Hardwick use the celebration of another year of his sobriety as the basis for an @Midnight round?

20 | TVLine reader/Scandal fan Rachel wonders: “How old is Olivia supposed to be,” if her law school pal has a 17-year-old daughter? Older than 40? Or are we to assume that Caitlin is the stepchild of her father’s onetime “side piece”? 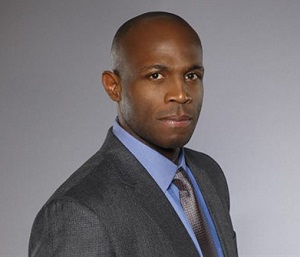 21 | On How to Get Away With Murder, is it possible that Annalise’s married lover Nate might have a darker agenda — or be more involved with one of the two central murders — than we were originally led to believe? And while we’re discussing unexpected developments, which was more bothersome: The rampant inconsistencies and legal whoppers in the Case of the Week or the fact that the ho-hum arc completely wasted the talents of Ana Ortiz and Jason Gedrick?

22 | What are the chances that Gracepoint‘s Det. Carver is somehow connected to Danny’s murder: Slim to none, 50-50, or pretty dang high?

23 | Did Nightline‘s Thursday-night puff piece — on the enduring appeal of ABC’s own America’s Funniest Home Videos — make you wonder if producers forgot that they’re still operating under the ABC News banner, and not as an arm of the network’s promo department?

25 | A month into the fall TV season, it’s time for our regular check-in on daytime-TV allegiances: The View, The Talk, The Real, The Chew or The None of the Above?