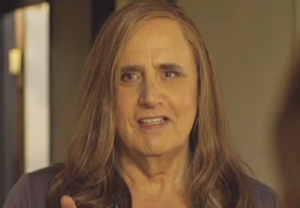 RELATED Jeffrey Tambor: Amazon’s Transparent Is Part of a Civil-Rights ‘Revolution’ (and It’s Funny, Too)

Transparent, which stars Jeffrey Tambor (a TVLine Performer of the Week) and released its 10 freshman episodes on Sept. 26, stands as the most binge-watched TV series on Prime Instant Video — with nearly 80 percent of all viewers watching two or more episodes of the series in the same day, a consumption rate higher than any previous release.

“We are absolutely thrilled that the response to Transparent has been so positive,” Amazon Studios VP Roy Price said in a statement. “Given all this great feedback, it only makes sense to bring the Pfeffermans back next year in Season 2.”

Transparent Season 2 will be released sometime in 2015.