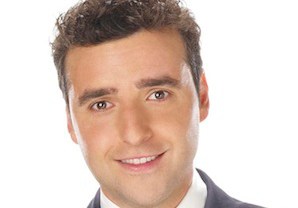 One part Hollywood and two parts political, Josh is known as a master of negative campaigning (a role first teased in this week’s Ask Ausiello). He also believes candidates should just shut up and do what the professionals say, so his interactions with Alicia should be hysterical.

The Good Wife gig brings Krumholtz back into the CBS fold following the short-lived Partners and, of course, the long-running Numb3rs.

He’s slated to appear in this season’s ninth episode.