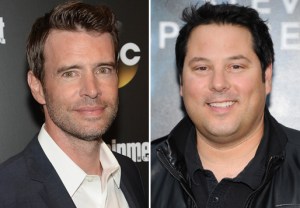 Scandal‘s Scott Foley‘s is making himself quite at home in Shondaland.

RELATED Scandal Recap: The State of the Unions

Foley and Greg Grunberg (Heroes) are teaming with Shonda Rhimes‘ production company for a new ABC relationship comedy, our sister site Deadline is reporting. Written by (but not starring) Foley and Grunberg, To Max & Paige revolves around an engaged couple whose road to courtship is questionably retold by their friends and family at their wedding rehearsal dinner.

Foley and Grunberg, who previously co-starred on The WB’s Felicity, will also executive-produce the comedy with Rhimes and Betsy Beers.