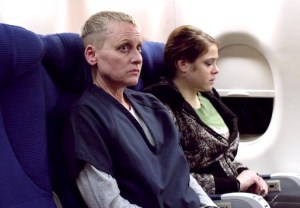 Piper’s fond-of-Vaseline seatmate will be back for the next season of Orange Is the New Black, TVLine has confirmed.

Lori Petty, whose inmate character Lolly sat next to Taylor Schilling’s Piper on a plane in the series’ Season 2 premiere, will appear in multiple episodes of the Netflix drama’s third season. (EW.com first reported the return.)

The actress recently mentioned that she’d been shooting at the show’s Litchfield set, Buzzfeed reports, making it plausible that Lolly will wind up at Piper’s home prison.