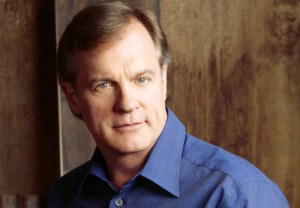 UP TV, a cable network which regularly airs reruns of the classic family drama 7th Heaven, is not standing by star Stephen Collins in light of the actor’s child molestation scandal.

A 2012 tape of Collins allegedly admitting to molesting several children years prior was released Tuesday by TMZ, resulting in immediate backlash from Hollywood, including this latest response from UP TV.

“As a top family-friendly network, we are deeply concerned for the families that are potentially affected by these disturbing allegations surrounding actor Stephen Collins,” Charley Humbard, President and CEO of UP TV, said in a statement. “7th Heaven has been a beloved family show and a fan-favorite on our network. We have made the decision to remove the series from our schedule effective at 5 p.m. ET today. We will continue to monitor the situation and listen carefully to our viewers. Replacing 7th Heaven tonight will be Supernanny, a series dedicated to bringing families together.”