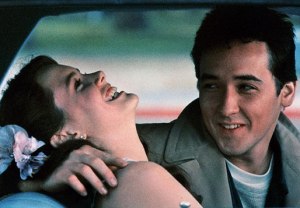 You can all put your boomboxes back in the closet: NBC will not move forward with a Say Anything television series.

Following objections from director Cameron Crowe, 20th Century Fox TV has shelved the project, which was intended as a sequel series to Crowe’s 1989 film, our sister site Deadline reports.

Crowe, who reportedly had no knowledge of the project before yesterday, took to Twitter to clarify his stance on the matter:

Regarding the announcement of a "Say Anything" tv show… @JohnCusack, @IoneSkye1 and I have no involvement… except in trying to stop it.

As previously reported, the single-camera comedy would have caught up with Diane Court and Lloyd Dobler 10 years after the film’s events, with Lloyd’s life having gone in an unexpected direction.

Say Anything star John Cusack also tweeted his disapproval of the potential series.

Are you bummed that a Say Anything series won’t be coming to TV after all? Hit the comments with your thoughts.