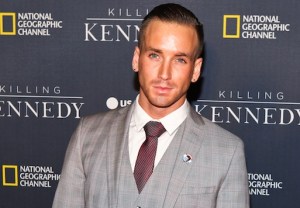 Will Rothhaar, who portrayed Lee Harvey Oswald in National Geographic Channel’s Killing Kennedy, is joining Grimm as a cop with a dark side, TVLine has learned.

Rothhaar’s Officer Acker will debut in Episode 8 of the NBC drama’s upcoming fourth season, and he’ll be around for at least three episodes.