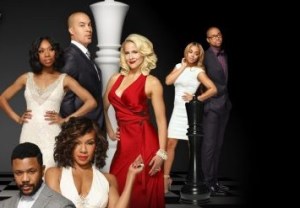 BET’s The Game will conclude after its ninth season, our sister site Deadline reports.

The series was renewed earlier this year for Season 8, which is currently filming for an early 2015 premiere.

“All good things must come to an end, and after celebrating four successful seasons of The Game on BET, the network has announced production is underway on the show’s final two seasons,” according to a statement posted on BET’s Website. The network added that the show’s January 2011 debut drew 7.7 million viewers, and that it hoped to give “Sabers fans a chance to bid farewell to their favorite players on and off the field.”

The Game began its run on The CW for three seasons before finding a second lease on life at BET.

Will you miss The Game once it’s gone or is this the right time for the show to shut down? Sound off below!