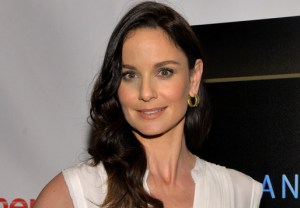 After battling the undead for three seasons on AMC, Sarah Wayne Callies is ready to rumble with some aliens.

Callies, who played Lori Grimes on The Walking Dead, has joined the cast of the new USA Network pilot Colony. From former Lost co-showrunner Carlton Cuse, Colony is set in modern-day Los Angeles during an alien invasion.

On Colony, Callies will play Katie, the wife of FBI agent Will Bowman (Lost‘s Josh Holloway).

* Season 2 of Atlantis will premiere Saturday, Nov. 15, at 9/8c on BBC America. Watch a trailer for the new season below: