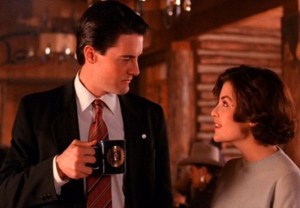 “Diane, something big is brewing… and I’m not referring to the coffee at the Double R.”

Twin Peaks aficionados, brace yourselves: A revival may be in the works! Or… not.

Thoughts? Do you think Lynch-Frost are just pulling our collective chains? If a new Twin Peaks project is on the horizon, what form would you prefer it take — a wholesale reboot or a Dallas-esque continuation? Hit the comments!