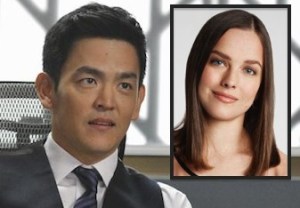 Will Selfie‘s Henry meet a much more-than-fair lady?

Allison Miller, whose TV credits include Go On and Terra Nova, is set to recur on the new ABC comedy as Julia Howser, one of L.A.’s leading pediatric urologists, TVLine has confirmed. Driven and professional, Julia’s love of structure and discomfort with excessive frivolity present her as a potential love interest for Eliza Dooley’s personal “brand consultant,” Henry (played by John Cho).

Julia is further described as someone who “knows her ductus deferens and Dora the Explorer in equal measure — and patients and parents love her for it. She keeps Brooks Brothers’ women’s department in business and harbors an unabiding belief that she could make Patrick Jane (aka The Mentalist) forget all about his murdered wife and child… if only for one night.” OK, that’s rather specific.

Miller recently revealed her casting on the sitcom via Twitter.