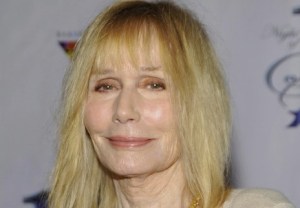 Hot Lips in the afternoon? You betcha.

Film and TV vet Sally Kellerman has been cast on CBS’ The Young and The Restless, TVLine has learned exclusively.

Kellerman, who nabbed Golden Globe and Oscar nominations for her portrayal of Margaret “Hot Lips” Houlihan in Robert Altman’s M*A*S*H, will join the soap as Constance Bingham.

Not many details are available about Constance, but we know this: She’ll first air in November, she’ll be around for multiple episodes, and she’ll interact with several Genoa City citizens.

Kellerman’s recent television work includes gigs on 90210, Workaholics and Maron. Her Y&R casting comes soon after the daytime drama announced that Justin Hartley (Revenge, Passions) will take over the role of Adam Newman in November.

Got a theory about who Constance is and why she’s in town? Sound off in the comments!