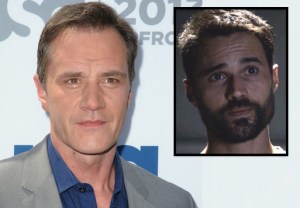 As shown in Season 1’s “The Well,” the elder Ward regularly tormented if not outright abused his younger siblings. Grant ultimately acted out so much that, as revealed in Season 1’s “Ragtag,” he landed in a juvenile detention facility, where he was ripe for recruitment by S.H.I.E.L.D. specialist/HYDRA mole John Garrett.

In addition to his run as White Collar G-man Peter Burke, DeKay’s TV credits include appearances on Revenge, Body of Proof, Chuck and The New Adventures of Old Christine.