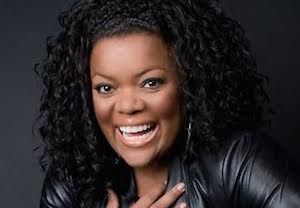 The Greendale Gang is down another member.

Yvette Nicole Brown will not be a part of Community‘s upcoming sixth season on Yahoo Screen, TVLine has confirmed. The actress asked to be released from her contract, and Sony granted her request.

“My dad needs daily care and he needs me,” Brown told TVGuide.com. “The idea of being away 16 hours a day for five months, I couldn’t do it. It was a difficult decision for me to make, but I had to choose my dad.”

In a statement, Community EPs Dan Harmon and Chris McKenna called Brown — and her character Shirley — “irreplaceable,” adding, “We are sad to see her go and wish her the very best.”

Brown recently joined CBS’ The Odd Couple, a multi-cam sitcom that Brown calls “a better fit for the life I have now.”

It’s unclear how Brown’s absence will be explained when the former NBC comedy transitions to Yahoo, but the actress has made it clear that she’s open to returning as a guest star. And, as she noted to TVGuide.com, “I’m glad it won’t be hard for them to explain where [Shirley] is. She has three kids, a degree and a business.”