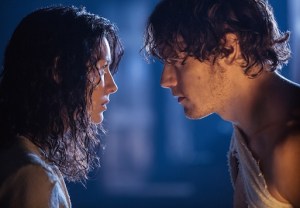 Outlander fans, take note: After Saturday’s midseason finale, the many adventures of James and Claire Fraser will continue on Saturday, April 4, 2015.

The final eight episodes of the Starz drama’s freshman season will cover roughly the second half of the Diana Gabaldon novel on which it is based.

The cable network also touted Live +3  ratings from last week’s wedding episode, which delivered 3.8 million viewers. According to Starz, the drama is averaging 5 million pairs of eyeballs per episode. 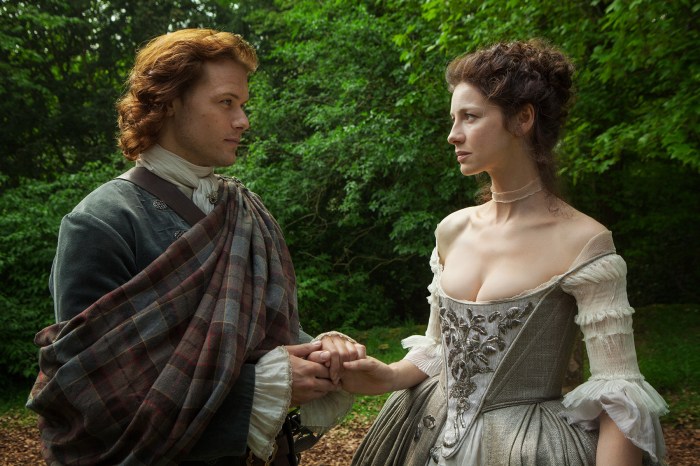