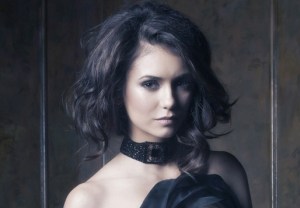 Crossover alert! Nina Dobrev is putting all that Damon drama behind her as she embarks on a special trip to The Originals later this fall — but which of her many characters will she playing this time around?

RELATED Fall TV Spectacular: Exclusive Scoop and Photos on 42 Returning Favorites, Including The Vampire Diaries and The Originals

Actually, that was a trick question. Dobrev will be slipping into the yet-unseen role of Tatia, E! Online reports, a Petrova doppelganger briefly mentioned in the third season of The Vampire Diaries. In case you need a refresher…

Tatia will appear via flashback on the Nov. 4 episode, which will further illustrate her ‘complicated’ relationship with the Mikaelson brothers.

“[Klaus and Elijah] both loved her, so it’s a little bit of history repeating itself like with Stefan and Damon,” executive producer Julie Plec explains. “The character of Tatia is part of their history. … It’s something we brought up a long time ago and never paid off.”

Between her four — yes, four — characters, is there a single guy in the TVD universe Dobrev hasn’t gotten flirty with? We’ve got to admit, that’s not a bad gig.

Your thoughts on this crossover? Drop ’em in the comments section below.