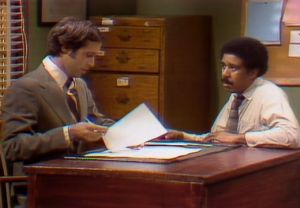 The Peacock Net is launching SNL Vintage (10/9c) — focusing on classic installments from the sketch comedy’s four-decade history — with a Season 1 episode hosted by Richard Pryor.

RELATED Bill Hader Returning to SNL as Host — Will Stefon Be Joining Him?

Will you tune in to SNL Vintage, the 2014 live broadcast or both? Sound off below!