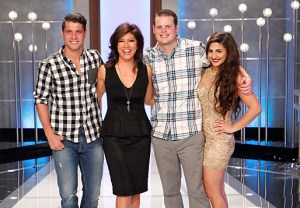 In the spirit of Big Brother ’s Sweet 16 season, quite a few milestones were reached on Wednesday’s live finale.

For one, the season ender resulted in a rare Final Two duo that had been planning this moment since the very beginning. Big Brother is a long game — at 97 days, this season clocks in at the longest ever — and with so many variables at play, it’s not often that a Final Two deal is seen through, making Derrick and Cody’s accomplishment even more impressive.

But the 90-minute broadcast was full of much, much more than Derrick’s ultimate victory. Let’s review how it all played out, shall we?

KING OF THE CASTLE | The first two parts of the final Head of Household competition (somewhat unsurprisingly) go to Cody and Derrick, respectively. Cody triumphs in a rain-soaked battle of endurance, while Derrick bests Victoria in a timed competition that has each contestant scaling an Egyptian pyramid to match past nominees with the weeks they were at risk for eviction.

The third part of the HOH competition is a serious nail-biter, though, with Derrick and Cody quite literally going back and forth with correct answers. After they answer a series of fill-in-the-blank questions related to the jury members, Cody just barely edges out Derrick in the closest tiebreaker… maybe ever? Or at least in recent memory? And even though there’s a 10-second stretch of unpredictability, Cody ultimately decides to take his fellow Hit Man to the Final Two, making Victoria the ninth and final member of the jury.

JURY DUTY | Meanwhile, at the jury house, legendary BB player Dr. Will leads a debate among the jurors as to who will get their votes in the end. A fair number of jurors — Hayden, Frankie and Zach among them — seem to understand that manipulation is the name of the game, making Derrick a worthy champ. Caleb, on the other hand, plans to vote for Victoria (?!) if she’s in the Final Two, simply because no one expected she’d get there (I think Zach’s response to this was the most appropriate one: “Yikes.”) And Jocasta refuses to vote for Derrick, because he “fake-prayed” with her once. O-kay.

Once Julie brings the jurors into the studio, they’re able to ask three questions to each Final Two member. Both men are straightforward in their answers, but perhaps the biggest fumble comes from Cody, who, after Frankie implies that Cody merely played second fiddle to Derrick all summer, makes it quite clear that Frankie is a juror because of him. It’s an awkward exchange, to say the least, but then I had a brief flashback to last year’s runner-up GinaMarie answering the jurors’ questions, and I felt grateful about how far we’ve come since then.

* After the jury members cast their votes for the winner (with Zach basically announcing that he’s voting for Derrick, much to Julie Chen’s chagrin), the first five evictees return just in time for the season’s biggest secrets to be revealed. Team America’s missions are declassified — only the best ones, though, including the imaginary rodent and Zach’s “relation” to Amanda Zuckerman — and Cody… seems a little like he wants to cry at the news? It could be that he’s feeling betrayed by his fellow Hit Man, but it’s probably just sheer humiliation at the footage of him wearing a Speedo and calling himself Batman.

* Derrick finally reveals his real occupation as a police sergeant and former undercover detective (cue Cody looking even more crushed — and he doesn’t even know that Derrick is getting an extra $50,000 just for being in the Final Two, thanks to Team America). And as proof that Derrick planned to keep his job a secret all along, we get a glimpse at his casting video, where his Rhode Island accent is insanely prominent.

* In the end, it all comes down to the votes, and Derrick wins in a 7-2 victory. (The only votes for Cody come from Jocasta — because of the fake-praying, apparently! — and Donny.) As for America’s Favorite Houseguest, that honor goes to Donny, who was the top vote-getter alongside Nicole and Zach. Somewhere, Frankie is weeping that his millions of followers did not pull through for him.

And that’s a wrap, friends! Side note: Earlier today, I took a look at my first two Big Brother recaps of the season and basked in how utterly wrong most of my predictions were — for example, Hayden earned the “Most Unexpected Top 3 Finalist” superlative, which now undoubtedly goes to Victoria. But the one I feel worst about is Derrick: “Most Forgettable.” Oops. To be fair, Derrick did spend much of the season quietly controlling events from behind the scenes, but I feel especially silly now that he’s proven himself to be one of the series’ best competitors. Sorry, Derrick! I’ll recite 5,000 hollas as my penance.

Were you happy to see Derrick win? Did Donny get your vote for America’s Favorite Houseguest? Am I the only one super-excited that two more seasons are definitely in store? Hit the comments below with your thoughts on the finale! 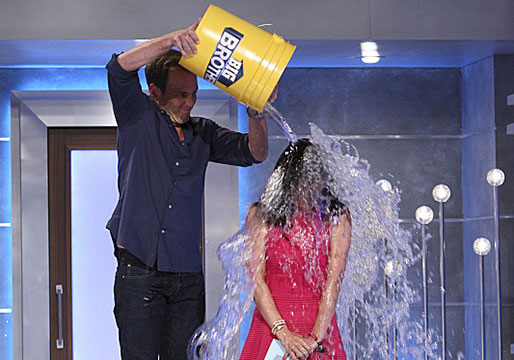