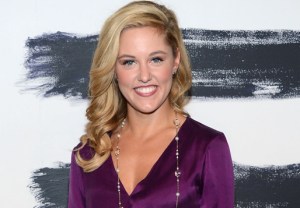 NBC on Monday announced that Broadway actress Taylor Louderman has joined the cast of Peter Pan Live! as Wendy Darling.

A relatively new name, Louderman recently starred as Campbell in Bring It On: The Musical.

Your thoughts on Louderman’s casting? Drop ’em in the comments section below.