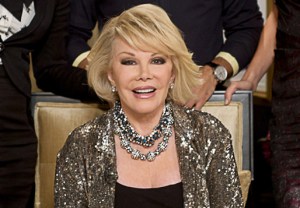 The 90-minute special, which looked back at host Rivers’ time on the weekly celebrity-style roundup, followed an all-day marathon of old Fashion Police episodes and gave the network its most-watched and highest-rated Friday in more than two years.