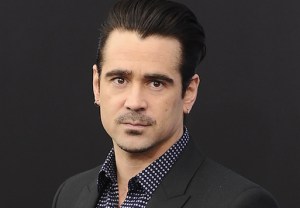 Well, at least one of True Detective‘s casting mysteries has apparently been solved.

Colin Farrell has told an Irish newspaper that he will appear in Season 2 of the HBO drama, following previous speculation that he and Taylor Kitsch were in talks for two of the anthology series’ leading roles.

The Dublin-born actor reportedly told Ireland’s Sunday World, “I’m doing the second series. I’m so excited. I know it will be eight episodes and take around four or five months to shoot.”

When reached by TVLine for comment on Sunday, an HBO spokesperson was not at this time able to confirm Farrell’s casting.

Farrell offered Sunday World no specifics of his role, but did note that filming will take place in Los Angeles.

Still possibly on the roster for Season 2 (aside from Kitsch): Mad Men‘s Elisabeth Moss and Swingers actor Vince Vaughn, among others.

Thoughts on Farrell’s casting? Drop ’em in the comments section below.