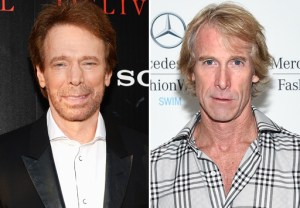 TNT is dabbling in drugs.

The cabler has given a pilot order to mega producers Jerry Bruckheimer and Michael Bay’s “Untitled Cocaine Project,” about the Florida drug trade in the 1970s, our sister site Deadline reports.

Written by Masters Of Sex creator Michelle Ashford, the potential show is described as a serialized character drama set in a wild and unpredictable world. It is inspired by Billy Corben’s 2006 documentary Cocaine Cowboys, which chronicled the rise of the cocaine trade and the resulting crime epidemic that swept Miami in the 1970s and 1980s.