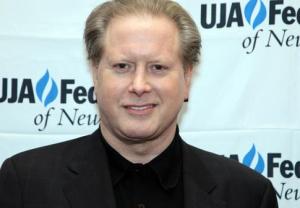 The Saturday Night Live alum has been tapped to succeed the late, legendary Don Pardo as the show’s official announcer, USA Today reports.

“I sat in for Don when he had laryngitis several times over the years,” Hammond told the paper. “He was a lovely person. When he passed, they wanted me; it felt right for me to be the one to replace him. It’s been a very improbable life; I didn’t expect something like this, but it feels real good.”

According to exec producer Lorne Michaels, Hammond won’t be mimicking Pardo’s voice. “I just knew it wouldn’t be anybody who sounded like Don or replicated him,” Michaels said. “It can’t be what it was, but it could sort of be in the same tradition. And it will be nice to have Darrell around. He understands the show and will probably be helpful in ways we haven’t yet figured out.”

SNL will kick off Season 40 on Sept. 27 with host Chris Pratt and musical guest Ariana Grande. They will be followed by Sarah Silverman and Maroon 5 (on Oct. 4) and Bill Hader and Hozier (Oct. 11).