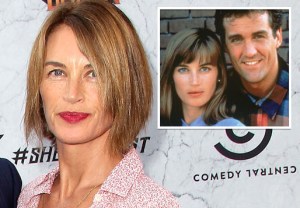 Barry Allen is reuniting with his old love. Sort of.

The genetics expert was the main ally and love interest of the titular superhero, played by John Wesley Shipp, who recurs as Barry Allen’s father on the CW series.

On the Arrow spin-off, Dr. McGee returns to Central City as an employee of a rival company to STAR Labs.