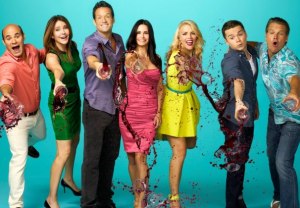 Cougar Town is losing one of its longtime residents.

TVLine has learned exclusively that Brian Van Holt — who has played Bobby “Penny Can” Cobb since the show’s launch on ABC in 2009 — will depart at the start of the TBS comedy’s sixth and final season.

According to a C-Town insider, Van Holt — who recently wrapped production on the Syfy limited series Ascension — is leaving early to pursue other opportunities.

The Cul-de-Sac Crew is set to bid farewell to Van Holt’s Bobby in the Season 6 premiere, which is slated to air in early 2015.