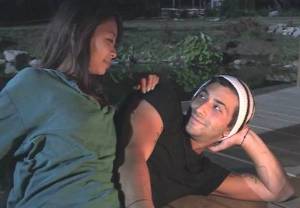 The conclusion of Utopia‘s three-part launch on Friday night drew 1.9 million total viewers and a 0.7 demo rating, down 24 and 22 percent from the Fox freshman’s Tuesday outing.

Following Tuesday’s drop, Fox Television Group co-CEO Dana Walden acknowledged to The Wrap that Utopia was launched “really early, maybe before viewers were ready for a new fall show… but with patience it will grow and we’re going to have patience.”

The “social experiment” now will settle into a twice-a-week pattern, airing Tuesdays and Fridays.

Among other fresh fare, The CW’s Masters of Illusion was flat with 1.5 mil/0.4.

Want scoop on a favorite show? Email insideline@tvline.com and your question may be answered via Matt’s Inside Line.