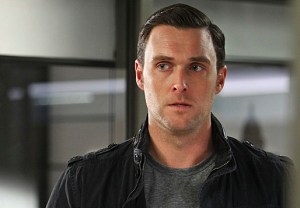 Owain Yeoman is a traitor.

The Mentalist alum has come on board AMC’s historical spy drama Turn as a series regular for Season 2, playing Benedict Arnold, per The Hollywood Reporter.

Arnold, of course, was an American Continental Army general during the Revolutionary War, who defected to the British side.

Yeoman exited CBS’ The Mentalist last season after the show underwent a bit of a creative makeover, jumping ahead two years.

* Orange Is the New Black has tapped Marsha Stephanie Blake (Girls, A Gifted Man) to recur as a new corrections officer in Season 3, per The Hollywood Reporter.

* TV Land’s Hot In Cleveland will return for Season 6 on Wednesday, Nov. 5 at 10/9c, followed by the fourth season of The Exes.

* Lifetime will debut its miniseries The Red Tent on Dec. 7 at 9 pm, with part two airing the following night.