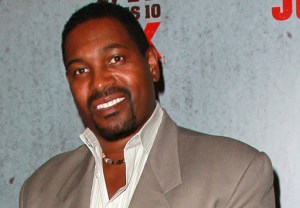 Ladies and gentlemen, prepare to see a softer — and more soulful — side of Mykelti Williamson.

Known for playing tough guys on shows like Justified and 24, Williamson will appear on four episodes of ABC’s Nashville as a “brilliant” artist named Terry, our sister site Deadline reports. But there’s a twist: Terry apparently experienced a personal tragedy some time ago, which has left him to wander the streets of Nashville; now, it’s redemption time.

Curious about Williamson’s chops? Check out the “I Can Dream About You” music video below, for which Williamson — and the rest of the Sorels, a fictional doo-wop group from the 1984 movie Streets of Fire — provided the background vocals:

Your thoughts on Williamson’s casting? Drop ’em in the comments section below.