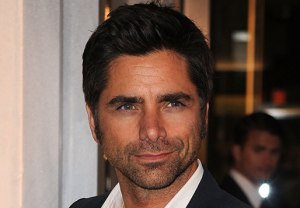 John Stamos‘ next role will find him grappling with an unexpectedly full house.

Fox has given a put pilot order (meaning, “almost guaranteed to air”) to an untitled comedy starring Stamos as a longtime bachelor whose life is turned upside down when he discovers he’s a father — and a grandfather. (Have mercy!)

Stamos will executive-produce the series alongside The Neighbors EP Dan Fogelman, with The Office scribe Danny Chun penning the script.

Also on the docket for Stamos? A leading role on ABC’s midseason drama Members Only, a guest star appearance on the network’s musical comedy Galavant and a potential Full House reboot in the works.

TVLine’s sister site Deadline was among the first to report the news.

Are you inclined to watch a comedy starring “Grandpa Stamos”? Tell us in the comments!