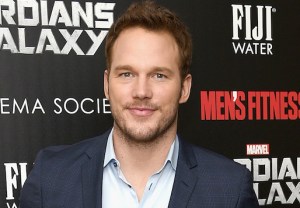 I am Groot… ing for this Saturday Night Live host.

Parks and Recreation cut-up Chris Pratt, who this summer fronted the blockbuster film Guardians of the Galaxy, has been tapped to Star-Lord over the NBC sketch series’ Season 40 premiere, airing Sept. 27.

Pop “it girl” Ariana Grande will serve as musical guest.

Then on Oct. 4, funny lady Sarah Silverman will make her own debut as SNL host, with musical guest Maroon 5.