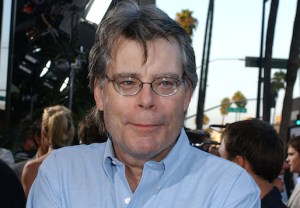 CBS is once again adapting a Stephen King work for the small screen.

Following the success of summer series Under the Dome, the network has nabbed The Things They Left Behind, a supernatural procedural based on King’s 2003 short story, for a put pilot commitment*.

Per our sister site Deadline, Arrow EP Greg Berlanti and Seth Grahame-Smith (The Hard Times of RJ Berger) will shepherd the post-9/11 drama, which centers on “an unlikely pair of investigators carrying out the unfinished business of the dead.” Grahame-Smith will also pen the script.

Berlanti will just have to make some room on his very full plate. In addition to his gigs on Arrow and The Flash, the EP has reportedly been tapped for a new series based on Supergirl.

(*A put pilot is a deal wherein a network will owe a studio a significant monetary penalty if it does not air the pilot — and all but guarantees the pilot will be picked up.)