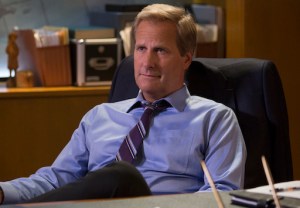 HBO’s The Newsroom will at long last return — for its third and final, six-episode season — on Sunday, Nov. 9, at 9/8c.

Leading out of The Newsroom on the same night, at 10 pm, Lisa Kudrow’s cult-hit comedy The Comeback will make its comeback, with an eight-episode run of half-hour episodes.

Completing HBO’s fall Sunday line-up is the six-episode second season of the hospital comedy Getting On, airing at 10:30 pm.