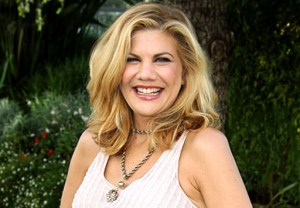 Kristen Johnston will be crashing on an upcoming episode of Modern Family — but which branch of the Pritchett clan needs to do up the sofa-bed?

TVLine has learned that the two-time Emmy winner (Third Rock From the Sun, The Exes) has landed a plum Season 6 role as Mitchell’s law firm colleague.

Jesse Tyler Ferguson’s unsuspecting newlywed will invite Johnston’s coworker character  “to spend the night, because she is going through a tough time…but he has no idea the extent to which she is unraveling emotionally.”

Stoked about this bit of casting news? Any chance it’ll be as epic as Johnston’s Sex and the City gig playing Lexi Featherston? Sound off in the comments!