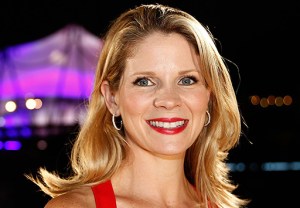 Five-time Tony Award nominee Kelli O’Hara — most recently nominated for her role in The Bridges of Madison County — has boarded the NBC production as Mrs. Darling, the wife of Mr. Darling and the mother of Wendy, John and Michael.

“Kelli O’Hara is Broadway royalty, a musical star at the top of her game,” says Robert Greenblatt, Chairman, NBC Entertainment. “She will be perfect as the regal mother of the Darling children, and we look forward to her rendition of the beautiful lullaby ‘Tender Shepherd.’”

What do you think of O’Hara’s casting? Drop a comment with your thoughts below.