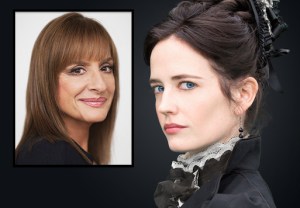 Showtime’s Penny Dreadful has scared up some casting news for Season 2 — including the addition of Tony-winning Broadway vet Patti Lupone.

The cabler announced on Monday that Lupone will guest-star during the frightfest’s sophomore run as “a mysterious character of great importance in Vanessa’s (Eva Green) past.” The actress’ previous TV credits include Girls, American Horror Story: Coven, Oz and Life Goes On.

Additionally, Helen McCrory (who plays the aforementioned Evelyn Poole) and Simon Russell Beale (Ferdinand Lyle) have been promoted to series regulars for the coming season.

Production on the 10-episode Season 2 begins in September in Dublin, with an eye on a 2015 premiere.