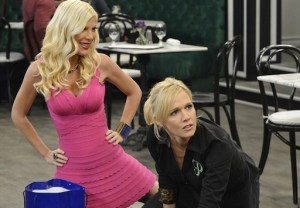 Although an ABC Family rep maintains that no official decision has been made, TVLine is hearing that the cable net will not be bringing its Tori Spelling-Jennie Garth buddy comedy back for a second season.

The campy series ended its run much the same way it started it — with disappointing ratings. The Aug. 27 finale drew slightly more than 500K viewers and a .024 demo rating.