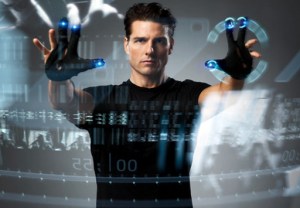 Fox can see its future, and it may just include some Precogs.

A TV sequel of sorts to Steven Spielberg’s futuristic film Minority Report has landed at the network, our sister site Deadline reports.

The project — which has a put pilot commitment* — is set 10 years after the Tom Cruise vehicle and the end of Precrime in D.C. It follows one of the three Precogs who could see crimes before they were committed as he struggles to lead a “normal” human life while still grappling with visions of the future. He meets a detective haunted by her past who just may help him find a purpose to his gift. (*Put pilot commitment is a deal wherein a network will owe a studio a significant monetary penalty if it does not air the pilot — and all but guarantees the pilot will be picked up.)

Are you interested in a small-screen Minority Report? Sound off in the comments!