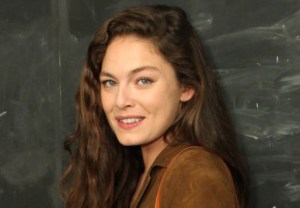 Filmmaker Ridley Scott — who in 1982 adapted Dick’s Do Androids Dream of Electric Sheep? into the big-screen drama Blade Runner — and Frank Spotnitz (The X-Files) will serve as executive producers on the project, which originally was developed as a Syfy miniseries.

The best-selling The Man in The High Castle presents an alternate history in which Nazi Germany and Japan won World War II and the Axis Powers now lord over a fascist United States of America, with the East Coast controlled by the Nazis and the West Coast ruled by Japan.

Per our sister site Deadline, Davalos will plays Juliana, a resident of Japanese-occupied San Francisco who breaks her personal truce with the Empire Of Japan when her half-sister is shot dead in front of her by a soldier. Juliana promptly makes tracks for Colorado, the secret headquarters of the Resistance.