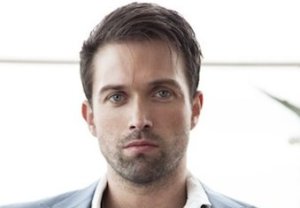 NBC’s Constantine has cast Irishman Emmett Scanlan in the recurring role of Detective Jim Corrigan, who per DC Comics lore one day becomes the avenging spirit The Spectre.

Per Entertainment Weekly, which first reported on the casting, Corrigan on the NBC freshman is a New Orleans homicide detective “who doesn’t let … red tape stop him from putting away the bad guys, even if the bad guys turn out to be inhuman.”

RELATED Fall TV Preview: Your Guide to All That’s New!

Scanlan’s previous TV credits include BBC Three’s In the Flesh, the Irish-British crime drama The Fall and the British soap Hollyoaks (as Brendan Brady).

Constantine — which stars Welsh actor Matt Ryan — debuts Friday, Oct. 24 at 10/9c, where it will lead out of Grimm.