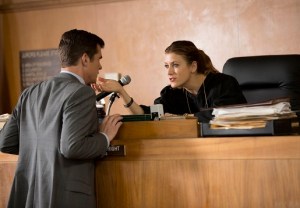 Four episodes into filming its freshman run, NBC’s Bad Judge has been met with some bad news.

Nurse Jackie cocreator Liz Brixius, who was named the new comedy’s showrunner in May, has vacated that post due to “creative differences,” our sister site Deadline reports.

Brixius’ successor as showrunner was not immediately named, but there is expected to be no delay in the comedy’s Thursday, Oct. 2 premiere.

RELATED Fall TV Preview: Your Guide to All That’s New!

Created by Chad Kultgen (The Incredible Burt Wonderstone) and counting Will Ferrell and Adam McKay among its exec producers, Bad Judge stars Private Practice doc Kate Walsh as a criminal court justice who parties just as hard as she pounds her gavel.