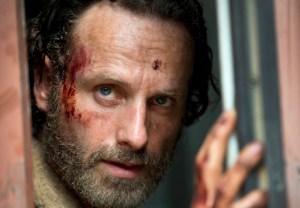 It’s official: AMC has ordered a pilot for a Walking Dead spin-off series, chronicling how other people are coping with the zombie apocalypse.

“Almost from the beginning of The Walking Dead on AMC, fans have been curious about what is going on in the zombie apocalypse in other parts of the world,” said AMC President Charlie Collier in a statement. “Beyond requests for zombie cameos, it’s the question I get asked the most. Obviously, we all take our stewardship of the original franchise incredibly seriously and we, along with Robert, Gale, David and now Dave, are all proceeding with extreme care in order to ensure that we are offering fans something truly compelling, engaging and distinct.  We’re thrilled to be taking this next step with these remarkable partners.”

Walking Dead fans, what are your hopes/fears for the new spin-off? Drop a comment with your thoughts below.