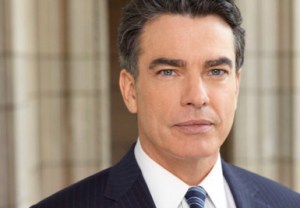 He will play Deputy Chief William Dodds, the charismatic and tough-as-nails boss who oversees all of the special victims units in New York City. He demands respect and hard work from the commanders that answer to him, and is used to getting it.

“I’ve wanted to write for and work with Peter Gallagher since…forever,” enthused SVU showrunner Warren Leight. “He’s an actor’s actor — deft with text and subtext; emotion and intellect. Like everyone else in our cast, he’s also a great singer. We’re all thrilled that this long into the show’s run, actors of his quality want to do an arc on SVU.”