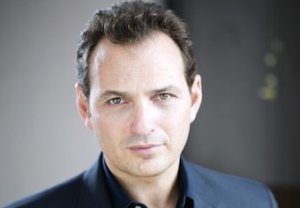 Lev Gorn, who for two seasons on FX’s The Americans has played Rezidentrua honcho Arkady Ivanovich (no relation), has booked a recurring role on CBS’ NCIS.

As NCIS boss Gary Glasberg shared in TVLine’s Fall Preview Spectacular, the Sept. 23 season opener sends Gibbs and McGee to Russia “for a really significant crisis” that introduces a mercenary/new adversary (played by Alex Veadov) who also will pop up throughout the season.

Glasberg told me “there’s a chance” the Russia storyline will crossover to NCIS: New Orleans, which will now lead out of NCIS on Tuesdays — as such, Gorn may also appear on that spinoff.

As also noted by Deadline, the Stavropol, USSR-born Gorn has been promoted to a series regular on The Americans, which opens Season 3 early next year.