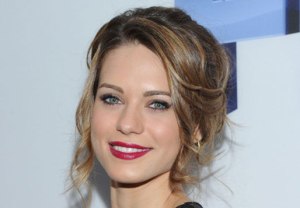 Lyndsy Fonseca will soon be stretching her boundaries as an actress — quite literally, at that.

The Nikita and How I Met Your Mother alumna has signed on to Amazon’s comedy pilot Down Dog, according to The Hollywood Reporter.

Penned by Robin Schiff (Almost Perfect), the series centers on Logan (One Life to Live vet Josh Casaubon), a charming surfer who is left in charge of his ex-girlfriend’s yoga studio. Fonseca will play Winter, an instructor who becomes a love interest for Logan.

Are you more likely to watch Down Dog now that Fonseca is involved? Share your thoughts below!