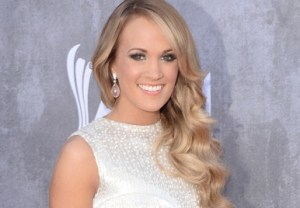 Fox is getting into business with Carrie Underwood.

The network is developing a six-hour limited event series based on the singer’s hit single “Two Black Cadillacs,” our sister site Deadline reports.

Ildy Modrovich (Necessary Roughness) will pen the script, while Underwood and Jerry Bruckheimer will exec-produce.

* Lifetime has two more Flowers In the Attic films in the pipeline, per The Hollywood Reporter. If There Be Thorns and Seeds of Yesterday will both star Jason Lewis (Sex and the City) as Christopher. The third film follows Christopher and Cathy Dollanganger (Rachael Carpani) as they live together as man and wife in California with Cathy’s two sons (one of whom is played by Legends‘ Mason Cook), who are unaware of the nature of their parents’ relationship.