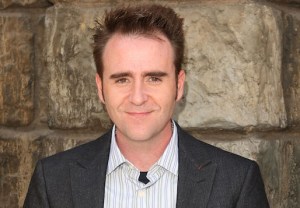 Was NBC merely testing the waters with The Sound of Music Live and the upcoming Peter Pan Live? Might the Peacock next pull the trigger on a live weekly sitcom?

Our sister site Deadline reports that NBC is developing Hospitality, a multi-camera sitcom set at a midtown Manhattan hotel and which would air live every week — with some live commercials, to boot. (Though hopefully none for Dulcolax.)

Christopher Moynihan (pictured) — a writer who’s also acted on comedies such as Man Up and According to Jim — would pen the script, while Sean Hayes and Todd Milliner’s shingle would produce with Universal TV.

And no, before you ask, there’s no word on whether the show would be performed live for both coasts. Still, a provocative endeavor, yes?