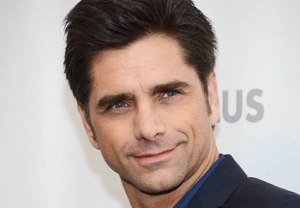 John Stamos‘ schedule just got a little busier, as he’s landed a leading role on ABC’s midseason drama Members Only.

Created by Susannah Grant (Erin Brockovich), the series offers an “upstairs/downstairs” look at life in an exclusive Connecticut country club. Per our sister site Deadline, Stamos will play the hedge-fund billionaire husband of Natalie Zea’s Mickey, whose marriage has bought him membership at the club. (Editor’s note: That is one seriously good-looking couple.)

Stamos has also signed on to executive-produce and star in a comedy series from The Neighbors‘ Dan Fogelman, in which Stamos plays a ladies’ man who discovers he has a grown son.

The actor can next be seen guest-starring on ABC’s midseason musical comedy Galavant — and let’s not forget that potential Full House revival.

Your thoughts on Stamos’ casting? Drop a comment below and tell us what you think.