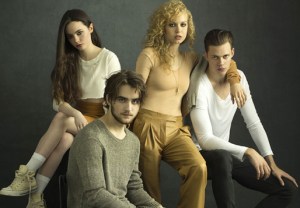 The moon is setting on Netflix’s Hemlock Grove.

Eli Roth’s supernatural drama has been renewed for a 10-episode third (and final) season, set to premiere in 2015.

“We are so grateful to the fans of Hemlock Grove who have championed the series so intensely over two seasons,” Roth said in a statement. “We are looking forward to taking the last and final season into some dark and unexpected places, and to giving viewers the killer finale you’d come to expect from Hemlock Grove.”

Are you ready to say goodbye to Hemlock Grove? Drop a comment with your thoughts on the Netflix series’ end below.