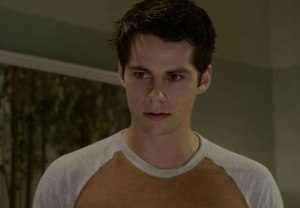 There you go, there you stay, counting down till it’s time for an all new TVLine Mixtape!

What follows is a collection of tunes showcased recently on your favorite shows, complete with artist and album information in case you want to add them to your permanent collection.

So peruse our playlist, then hit the comments with your favorite TV jams. And remember: You can always submit questions or suggestions about TV music on Twitter @NiveaSerrao. TITLE | “It Only Takes a Minute”
ARTIST | Tavares
ALBUM | The Best of Tavares Revisited (1994)
WHY IT ROCKED | Tavares is right as they sing that it only takes a minute “to fall in love.” After all, that’s been Freya and Killian’s story from the moment he stepped into her life. TITLE | “Love Like This (Acoustic)”
ARTIST | Kodaline
ALBUM | Love Like This EP (2013)
WHY IT ROCKED | With a smooch that should have been heard around the South, Roy Rayder finally gives into his attraction and kisses the perpetually guarded Jamie. The softer strums of Kodaline’s acoustic version completely fits the scene as both headstrong lawyers share a moment of untempered emotion. TITLE | “Iulius”
ARTIST | Justin Nozuka
ALBUM | Ulysees (2014)
WHY IT ROCKED | Who is taking care of whom? Ask Stiles, and he’d say he’s taking care of his dad. Ask the Sheriff and it would be the other way around. But as the older, injured Stilinski snaps in an unexpected burst of frustration, and Stiles quietly points out that they’re responsible for each other, Nozuka’s lyrical tone underscores the concern father and son feel for each other.

SERIES AND EPISODE | Switched At Birth, “And Life Begins Right Away” TITLE | “Stand By Me”
ARTIST | Bianca Bethune
ALBUM | N/A
WHY IT ROCKED | As Bethune’s voice (unaccompanied by any background track) carries over students and parents alike, viewers are able to appreciate just how far everyone has come since we met them when the series first began — as well as what graduating means to certain students. And while reluctant sisters Daphne and Bay didn’t quite see eye to eye once upon a time, we know that they’ll support each other through anything. TITLE | “Maison Creole”
ARTIST | CC Adcock & The Lafayette Marquis
ALBUM | True Blood OST (2009)
WHY IT ROCKED | It’s been a long seven  years for the citizens of Bon Temps, but as the familiar tune (last heard at Rene and Arlene’s engagement party) underscores the happy portrait that is most of our favorite characters sharing a Thanksgiving dinner, we’re reassured that this party will have a better, much brighter ending.

SERIES AND EPISODE | Pretty Little Liars, “Taking This One to the Grave” TITLE | “We Gotta Get Out Of This Place (Re:Imagined)”
ARTIST | Denmark + Winter
ALBUM | N/A
WHY IT ROCKED | “We gotta get out of this place, if it’s the last thing we ever do.” Words to live by as Denmark + Winter’s haunting Animals cover plays over the sight of the Liars taking in Mona’s shocking death. Rosewood might be their home, but with the mysterious (and terrifying) A in town — and another girl dead — perhaps Aria, Hanna, Emily and Spencer (once she’s cleared) should consider another trip out of town. TITLE | “My Desire”
ARTIST | Interpol
ALBUM | El Pintor (2014)
WHY IT ROCKED | Interpol’s guitar riff is the perfect accompaniment to Annie and McQuaid finally giving into their desires, with Banks’ wailing voice capturing the sexual tension that’s been building up between both spies. TITLE | “Say Goodbye”
ARTIST | Hillary Hand
ALBUM | Say Goodbye (2013)
WHY IT ROCKED | David may have accused Elizabeth of lying to him, but as she finds and thumbs through his completed manuscript (cover and all) we see that while her lies may have almost ruined their marriage, his could possibly destroy their family — especially as we watch him continue to lie to their newly found daughter, first about Lori, then about writing his already edited book.